Ayutthaya is capital to the province with the same name.It was founded in 1350 by King U Thong. It is characterized by the gigantic monasteries, some in ruins. In 1767 the city was destroyed by the Burmese army, which resulted in the colapse of the kingdom. The Ayutthaya historical park is the ruins of the former capital and is listed in the UNESCO World Heritage List. Thanks to Nina. 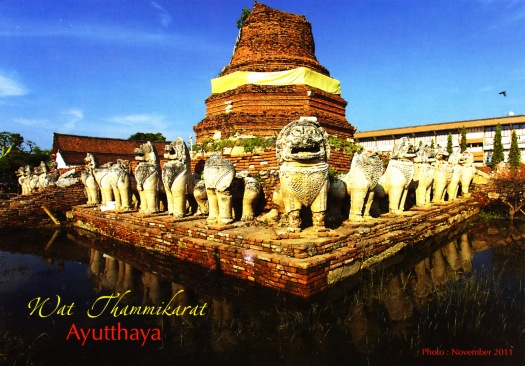