The Rideau Canal connects the city of Ottawa to the city of Kingston. Tha canal was opened in 1832 as a precaution in case of war with the United States and is still in use today, with most of its original structures intact.  It is the oldest continuously operated canal system in North America, and in 2007 it was registered as a UNESCO World Heritage Site. Thanks to Terry from Swap-Bot for this one. In winter, a section of the canal becomes the largest skating rink, with a length of 7.8 km and the equivalent of 90 Olympic hockey rinks.

A canal in Amsterdam, The Netherlands 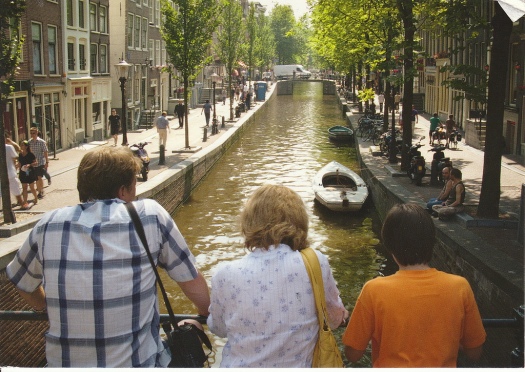 A small canal in Amsterdam, Netherlands. Thanks to Mike! http://postcardstravelaroundtheglobe.blogspot.com/