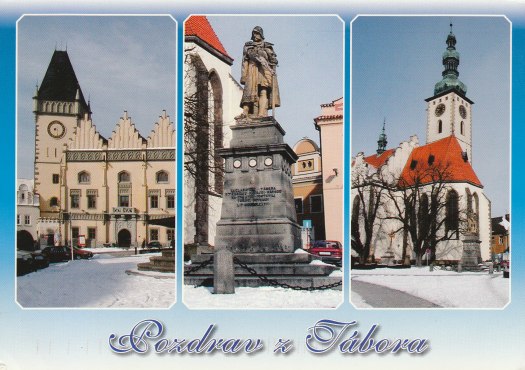 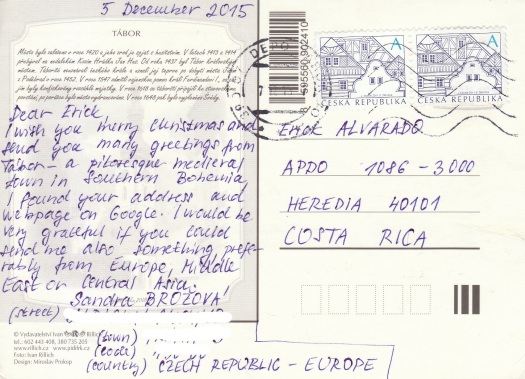 The Orlické Mountains are a range in northeastern Bohemia, forming a subgroup of the Central Sudetes. Thanks to Bára for this card, postmarked in Dobruska on 2016-02-29. 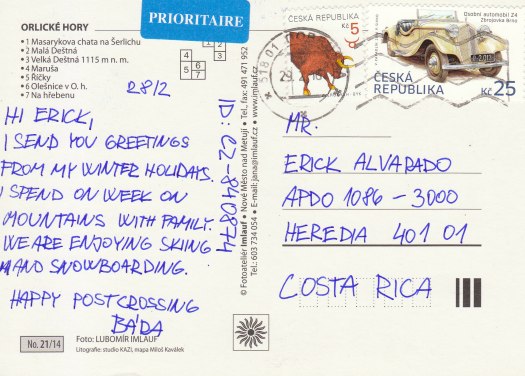 Třebíč is a city in the Moravian part of Czech Republic. It is a regional center with a population of approx. 40 000. The Jewish Quarter and St Procopius’ Basilica were added to the UNESCO World Heritage List in 2003.

Český Krumlow is a small city in the South Bohemian Region of the Czech Republic. It is known for its fine architecture, the old historic town and its Castle. Construction of the town and castle began in the late 13th century at a ford in the Vltava River, which was important in trade routes in Bohemia. The city is an important cultural center, hosting a number of festivals and events each year. In 1992 it was enlisted in the UNESCO World Heritage Site list. Thanks to Rudka. 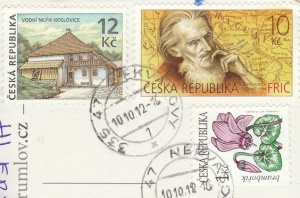 Karlovy Vary is a spa city in western Bohemia, on the confluence of the rivers Ohře and Teplá, 130 km west of Prague. It was named after King of Bohemia and Holy Roman Emperor Charles IV, who founded the city in 1370. The city is known for its hot springs. It became a popular tourist destination in the 19th century. It has a population of around 55 000. Thanks to Jitka.

Točník Castle is in the Central Bohemian Region on the Czech Republic. It was built during the reign of Vaclav IV in the middle ages. Thanks to Joanne. 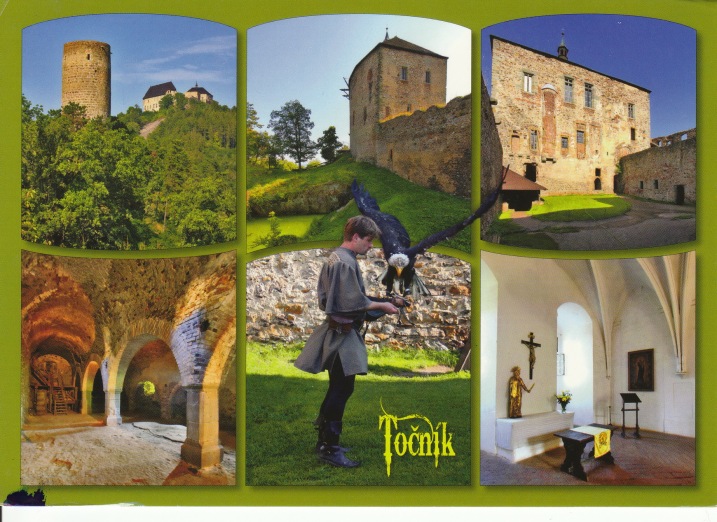 Prague is the capital and largest city of the Czech Republic. Since medieval times, it has been an important city. It was seat to the Holy Roman Empire. The St. Vitus Cathedral stands out from this card, it was founded in 1344 and is characterized by its Gothic influence. The Prague Castle can be seen on the right side of the cathedral. 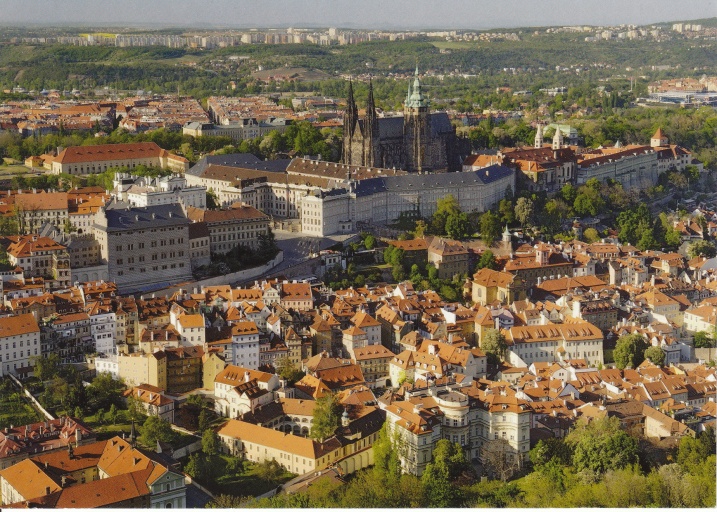 My collection of Postcards from the world
Proudly powered by WordPress Theme: Publish by Konstantin Kovshenin.
%d bloggers like this: